Food... Besides being a necessity, food can be a passion, a hobby or even art...
A great number of people all over the world spend a lot of their free time to prepare delicious dishes for their family and friends.
But food is also a part of a country's culture. Why is that? Let's see

WEDNESDAY
The best dishes around the world

the most popular dishes

Having a pet can be one of the most rewarding experiences in our lives...
Going beyond the love and affection a pet can offer, it affects children and teenagers in many different ways. Pets teach responsibility and they help teenagers build their self-confidence!
So, what do teenagers need? Can the answer be... a pet? Let's see...

1. How can pets help teenagers who face emotional difficulties?
2. How can pets improve teenagers' mood?
3. What kind of skills are taught while taking care of a pet?

watch the video and do the quiz

Here is a video which will help you visualize the idioms you learnt! Have fun!

Do you have any pets? Did your parents have a pet when they were at your age?
What have they gained from this experience? Share with us...
Posted by Joanna at 05:24 No comments:

The cure for boredom

Staying at home can be boring for all of us but it can also be a great opportunity to work out, read books, watch movies and spend some quality time with your family!


ΜONDAY
But what can the cure for boredom be? Let's watch a video...

meditation for your brain

Have your parents tried meditation? If so, how do they feel about it? If not, what other ways of managing boredom and stress have they found?
Ask them and share with us here

Are you a creative person? Let's find out!


1. There are many ways to be creative!

2. Watch the video and answer the questions:

1. Why is it important to observe in order to boost your creativity? Explain
2. What is the role of routine in being creative?  Explain
3. What is daydreaming?
4. What are the main qualities of a creative person?

3. Read the article and match the missing headings (1–6) with each section (A–E). There is one heading you do not need.
1 Have a good laugh
2 Sit down
3 Get your legs moving
4. Noise
5 Daydream
6 Think outside the box
A _______________________________ In a recent experiment, scientists gave the same task to a group of people who stayed sitting down and to a group who went for a stroll outside. What they found supports what many people believe, that getting out and about is very good for creativity. In fact, 100 per cent of the group that went for a walk produced better quality ideas and produced them more quickly. The researchers then compared a group walking on a treadmill inside with those stretching their legs outside and found that while being outside was good for creativity, even walking on a treadmill helped, which suggests that it is the movement which is most important.
B ___________________________ Your teacher may tell you off for staring out of the window at nothing, but having a wandering mind may be a sign of intelligence and creativity, according to a new study. The scientists recorded brain activity while people lay still, but not asleep, and concluded that daydreaming can help people become better problem-solvers. However, if you’re simply not paying attention when you should be, that clearly isn’t beneficial.
C __________________________ Be willing to challenge things that you have always done. A group of Japanese watermelon farmers had an issue with the way that watermelons were difficult to pack and store. Their round shape meant that they took up a lot of space, making their transport more expensive. But why do watermelons actually need to be round? thought the farmers. They began growing the fruit in square glass boxes, thus creating square watermelons. They just needed to think differently to find the perfect solution.
D_______________________ Believe it or not, more than one research study has shown that people who watch a comedy film are much better afterwards at coming up with a creative solution to a problem than those who watched a horror film. It appears that having a chuckle makes us feel more relaxed, which helps the creative process. It is very difficult to be creative when you’re stressed, because the mind is too focused on survival.
E___________________________ You might imagine that you will be at your most creative if you are able to work in complete silence, but you’d be wrong. Research shows that for most creative tasks, a low level of noise, like the chatter that you get in a café, is best. Complete silence is good when you need to focus on a difficult task, but when you want to come up with ideas, try a little hubbub.

4. Look at the text again and explain what these words/ phrases mean:
5. Last but not least, check how creative you are! Draw these squares and  turn each one of them into a recognisable object, e.g.a present or a house! You have 2 minutes! 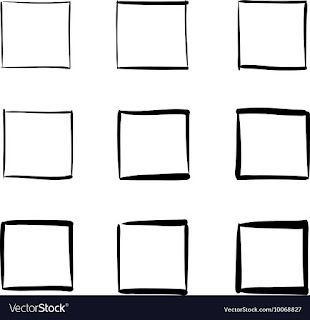 6. Check your parents' creativity by doing this test! Time them and ask them to turn the squares into anything they want to, but only in 2 minutes!

Share your ideas on your canvas.
Have fun!! :D

Let's watch a clip from a favourite show!

Are past tenses that hard?


Now, can you create your own timelines?

Let's start revising the present tenses!!
Watch the video and then do the activities given in class!
Let's start with the basics...

Now, how about some practice? Check the link:

B2 is rumored to understand Passive Voice! 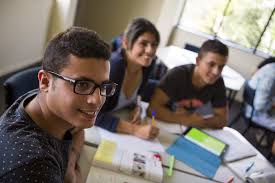 4. Passive reporting structures - putting it all together

Posted by Winners Education at 01:04 No comments:

The cure for boredom